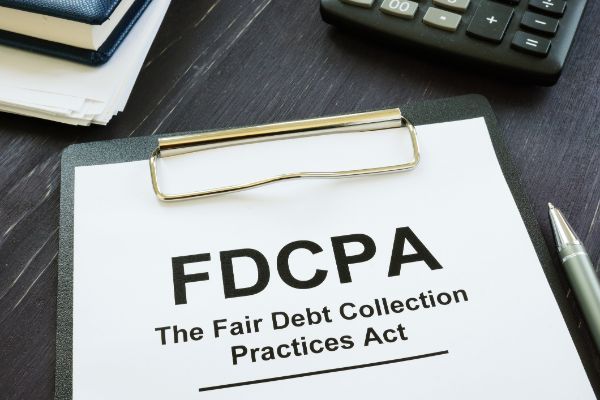 Congress enacted the Fair Debt Collection Practices Act (FDCPA) in 1977 to give American consumers legal protection from business entities that engaged in abusive debt collection practices. While the FDCPA is an extensive body of law, there are five essential facts that consumers should know about the FDCPA that will help protect them from unscrupulous collection agencies.

The FDCPA only applies to third-party debt collectors. At the time that the FDCPA was enacted, available data suggested that most consumer complaints were related to the conduct of third-party collectors.

The FDCPA states that consumers may recover “up to $1,000 in statutory damages” for each lawsuit under the Act. However, the FDCPA does not cap punitive damages at any amount. A jury awarded almost $83 million in punitive damages and fined the debt collector $250,000 for FDCPA violations in a case involving a woman who sued a collection agency that was trying to collect a $1,000 credit card balance that was not her debt.

The FDCPA specifically protects consumers with personal or household debt. The FDCPA does not apply to collection related to commercial debt and individuals with business debt.

Congress amended the meaning of the term “debt collector” in the FDCPA 2005. The definitions was revised to include attorneys who are hired by a creditor to collect a debt. However, it only applies to attorneys who regularly engage in debt collection.

Many states have modeled their debt collections laws after the FDCPA. Some states provide consumers with protection from original creditors and third-party debt collectors. Also, some states may prohibit creditor from committing abusive acts not covered by the FDCPA. Utah has no specific legislation that addresses the collection practices of debt collectors similar to the FDCPA. However, many of the related definitions, such as “creditor” and “debt collector” in Utah statutes, are as they are “defined in 15 U.S.C. Sec. 1692a,” which is the FDCPA.

One of the Morrison Law Group’s qualified and knowledgeable bankruptcy attorneys can answer any bankruptcy debtor’s questions about any relevant federal law, including the FDCPA. The Morrison Law Group can also help if you just want to talk about your Chapter 7 or Chapter 13 bankruptcy options. Call 801.456.9933 today to schedule a FREE consultation. We have locations in Ogden, Logan, Sandy, and St. George to serve the residents of the counties of Weber, Cache, Salt Lake, Utah, Morgan, Davis, Washington, and surrounding areas.

Know These Sections Of The Bankruptcy Code

Bankruptcies Expected To Rise Due To Coronavirus

Listing Secured And Unsecured Debts In A Bankruptcy Case