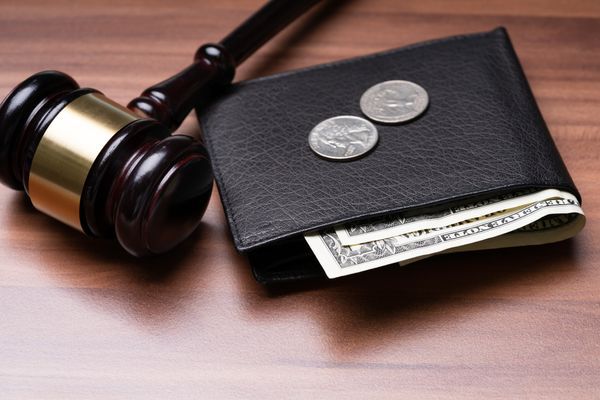 Although federal law protects an American’s paycheck to some extent, wage garnishment may nonetheless significantly affect a family trying to make ends meet. One way that bankruptcy provides a fresh start is that it ends, once and for all, the garnishment of wages. It may be difficult to meet regular living expenses when a creditor garnishes wages to collect a debt and takes 25% of take-home pay.

Since 1970, federal law has protected 75% of a wage earner’s paycheck or 30 times the federal minimum wage, whichever is greater. Thus, wage garnishment will not reduce a debtor’s paycheck below $217.50 (thirty times the current minimum wage of $7.25 an hour). However, a weekly paycheck of $217.50 places even a single individual with no dependents below the federal poverty level.

Utah, Puerto Rico, and fourteen states – Alabama, Arkansas, Georgia, Idaho, Kansas, Kentucky, Louisiana, Maryland, Michigan, Mississippi, Montana, Ohio, and Wyoming – protect no more of a worker’s wages than the federal minimum: $217.50 a week, less than half the poverty level for a family of four.

In the 1934 case, Local Loan v. Hunt, the Supreme Court first raised the notion of bankruptcy providing a fresh start. It stated:

“One of the primary purposes of the Bankruptcy Act is to relieve the honest debtor from the weight of oppressive indebtedness, and permit him to start afresh….

This purpose of the act has been again and again emphasized … as being of public, as well as private, interest, in that it gives to the honest but unfortunate debtor . . . . a new opportunity in life and a clear field for future effort…”

Bankruptcy will unquestionably help when wages are garnished. It will not only stop any garnishment, but it may discharge and eliminate other debts as well, thus providing a complete and fresh start – “a new opportunity in life and a clear field for future effort.”

Upon filing a bankruptcy case, the automatic stay immediately goes into effect. The stay acts as a bar or injunction prohibiting most creditors from taking or continuing their efforts to collect debts. The automatic stay stops a garnishment and discharges the underlying debt.

However, there are some garnishments that bankruptcy will not stop. The automatic stay does not apply to all creditors or all types of debt. For example, the stay will not stop a garnishment when a Chapter 7 case is filed and the debt being garnished is for a domestic support obligation, such as past-due alimony or child support. Because domestic support obligations are not dischargeable in bankruptcy, the creditor may continue to garnish wages or a bank account while the Chapter 7 case is pending.

If wages or a bank account are being garnished, a debtor’s bankruptcy attorney usually will provide immediate notice of the bankruptcy to a creditor by telephone and electronic transmission.

Theron Morrison and the Morrison Law Group help their clients keep track of every event in their bankruptcy case, relieving them of much unnecessary stress. Call 801.456.9933 today to schedule a FREE consultation. We have locations in Ogden, Logan, Sandy, and St. George to serve the residents of the counties of Weber, Cache, Salt Lake, Utah, Morgan, Davis, Washington, and surrounding areas.

How Will My Creditors Find Out About My Bankruptcy?

Differences Between Chapter 7 And Chapter 13

Using Bankruptcy To Stop Eviction During The Pandemic

Laid-Off Because Of The Coronavirus? Consider Bankruptcy