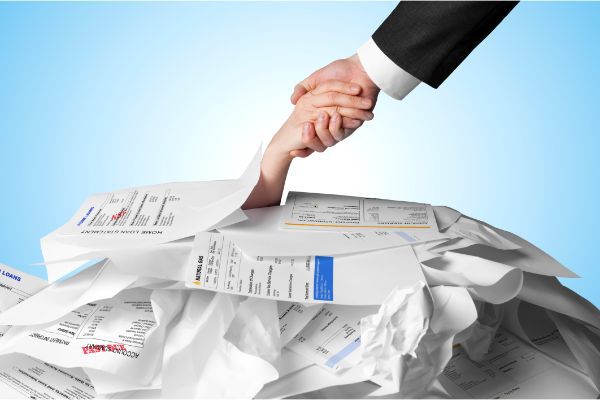 Chapter 7 bankruptcy is an excellent solution for any consumer who has excessive credit card debt. For consumers making only the minimum payments on these debts, and that is most Americans, it will take at least a decade to pay off any substantial credit card debt, depending on card balances and interest rates.

Chapter 7 bankruptcy will eliminate, or discharge, most, if not, all unsecured, nonpriority debt. Unsecured debt is an obligation for which there is no underlying collateral a creditor may look to for repayment. Nonpriority debt receives no special or priority treatment and is last in line for payment if any money is available to creditors. Credit card debt, medical bills, and personal loans are common examples of unsecured, nonpriority debt. In contrast, examples of nondischargeable, priority debts include child support and certain tax debts.

While unsecured debts have no collateral to which a creditor may look for repayment, a creditor trying to collect an unsecured debt may file a civil lawsuit and obtain a judgment. Judgment creditors may take actions such as garnishment and execution to collect their debt. These actions may affect a consumer’s assets and income.

Despite these findings, the overwhelming majority of Americans reported that they are actively trying to decrease the amount of their debt. If you believe that no budget will allow you to pay off your credit card debt, you may want to consider filing for Chapter 7 bankruptcy. Filing bankruptcy to rid yourself of excessive credit card debt will allow you to gain a fresh start and be relieved of a significant financial burden.

Many bankruptcy debtors have a choice between filing a Chapter 7 bankruptcy case and Chapter 13 bankruptcy case. There are many differences between the two chapters. An experienced Morrison Law Group attorney can help you determine which is best for your financial situation. Call 801.456.9933 today to schedule a FREE consultation and discuss your complete set of options. We have locations in Ogden, Logan, Sandy, and St. George to serve the residents of the counties of Weber, Cache, Salt Lake, Utah, Morgan, Davis, Washington, and surrounding areas.

How Does Bankruptcy Affect A Credit Score?

The Timeline Of A Chapter 13 Bankruptcy Case – Preparation